Start location: The National Museum in Cardiff or your Brecon Beacons accommodation

(Based on 2 people, price is reduced with more people. Full pricing info is on our Booking and Prices page)

Number of places: 2-6 (or more if using your vehicle)

This tour takes in the Glamorgan Heritage Coast, starting and finishing at the National Museum in Cardiff. If you are staying in the Brecon Beacons National Park (which is a great option if you are also doing one of our other Brecon Beacons tours) we can give you a lift to and from Cardiff.  The tour is palaeontological, featuring the museum exhibit, and discovery site, of the Welsh Dinosaur, Dracoraptor hanigani, and the best Triassic dinosaur trackway in the world. You will also have a chance to find your own fossils, both of Carboniferous and Jurassic age. 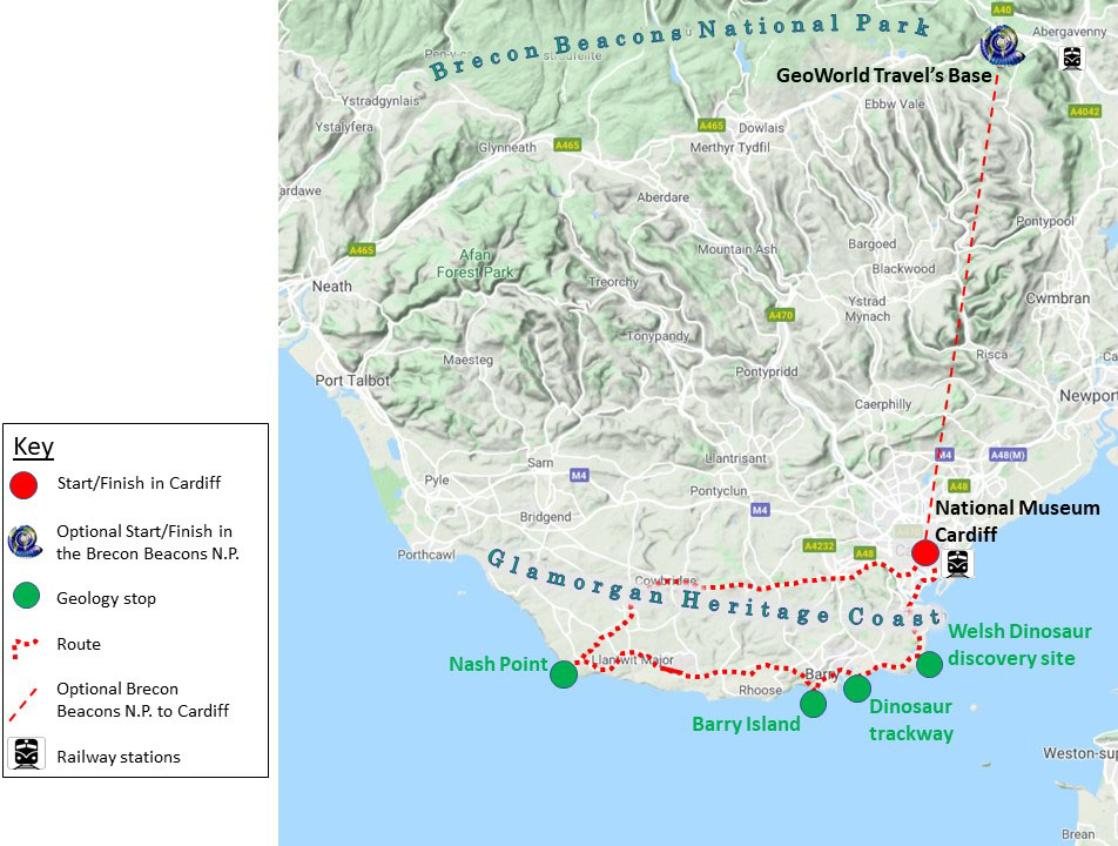 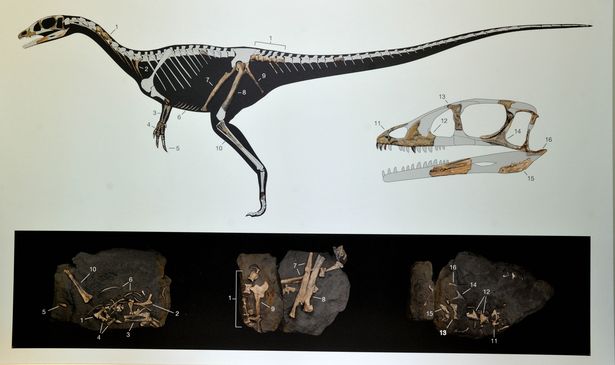 The Welsh Dinosaur Dracoraptor hanigani in the National Museum in Cardiff 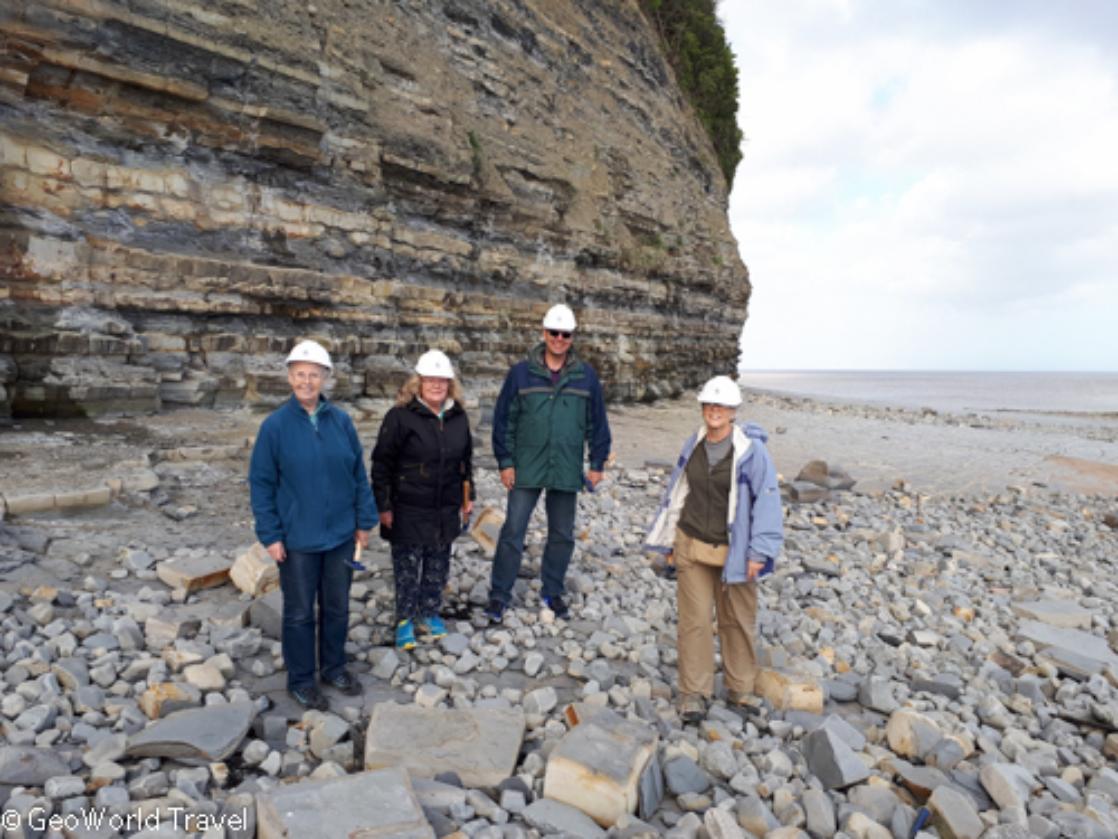 Lavernock Point, the discovery site of the Welsh Dinosaur

Your geologist guide James Cresswell, pointing out the dinosaur tracks 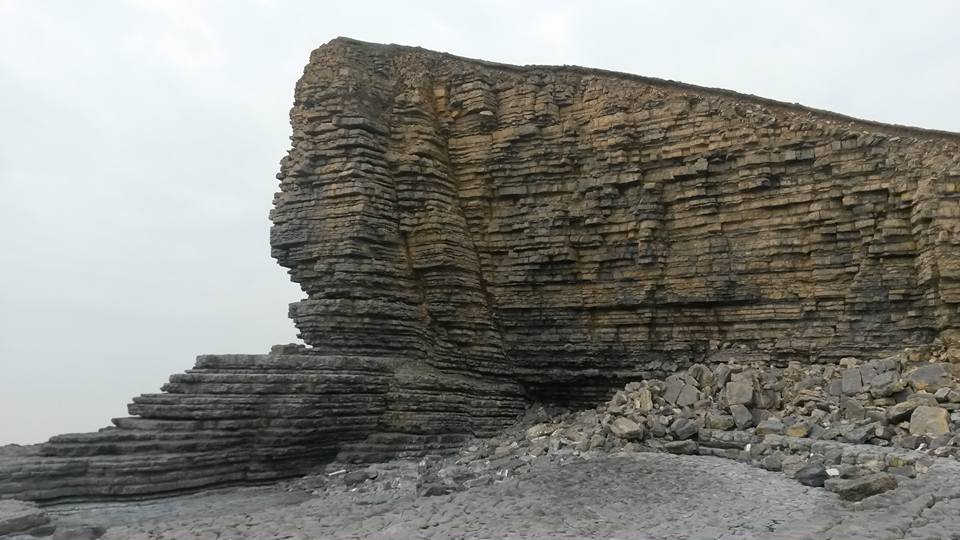 Nash Point where Jurassic ichysosaur and pleisosaur remains have been found

The National Museum - the tour starts at the entrance of the National Museum of Wales which houses the Welsh Dinosaur, the discovery site of which we visit later, and has an excellent geology section. We spend the first 45 minutes of the tour inside the museum, where James shows you the dinosaur exhibit and explains the geology of Wales.

Lavernock Point, Discovery Site of the Welsh Dinosaur -  Here the Triassic and Jurassic boundary can be seen along with some ammonites in the wave-cut platform. This is also the discovery site of the Welsh dinosaur found in 2015, which is the oldest Jurassic dinosaur in the world. The dinosaur was named Dracoraptor hanigani after its local discoverers, brothers Nick and Rob Hanigan, and after the Welsh Dragon, Dracoraptor (Latin for “dragon robber”). It stood on two legs and was a small, agile animal probably no more than about 2.2ft tall and 6.5ft long with a long tail that may have been used for balance.

Dinosaur footprints - then we visit one of the UK's most important coastal geological localities which  is listed as both a Site of Special Scientific Interest (SSSI) and a Geological Conservation Review Site (GCR). The highlight is the best preserved Triassic dinosaur trackway in Europe. The footprints  were made by several different dinosaurs. The smaller footprints  were probably made by a small, 1m tall, theropod dinosaur such as Coelophysis. Coelophysis would have been a small predatory dinosaur that may have hunted in packs. There are also some rarer, larger 3-toed theropod footprints which are attributed to the ichnogenus Anchisauripus. Prints left by large four toed dinosaurs are also found, these probably belong to the ichnogenus Tetrasauripus and were made by a fairly large, 7-8m long, plant-eating dinosaur something like Plateosaurus. These dinosaurs were protosauropods, four-legged dinosaurs which were capable of walking on their hind legs, despite having fairly sturdy front legs too.

Barry Island - we then head to Barry Island and observe fossil corals in Carboniferous limestone and a beautiful unconformity where Triassic rocks sit onto top of the  Carboniferous rocks. The order of locations visited on this tour will depend on tide times.

Nash Point - Our final location is a dramatic cliff top, home to a lighthouse, where the cliffs below have yielded plesiosaur and ichthyosaur fossil remains. We spend 45 mins here looking for fossils on the beach under the cliffs. The rocks here are also Jurassic. 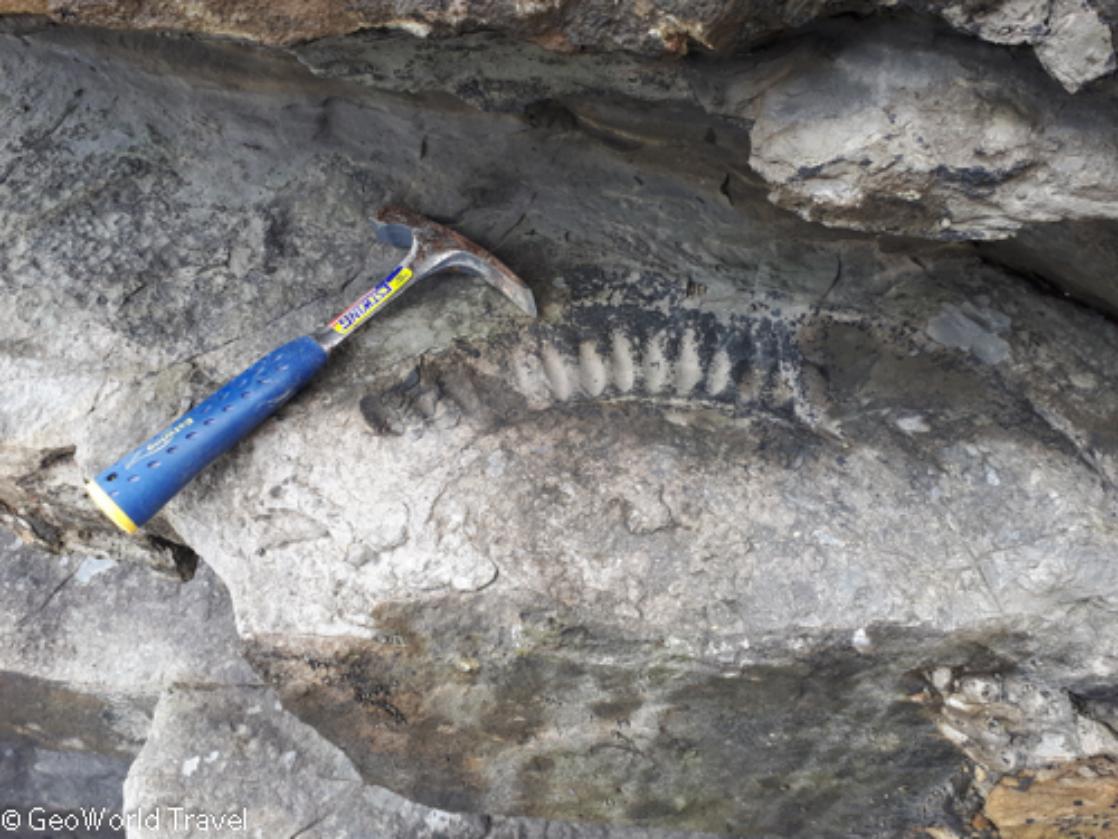 Part of an ammonite in the rock layers at Nash Point